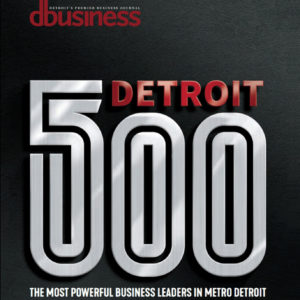 Frank Torre, was recently named as one of the most powerful business leaders in Metro Detroit by dBusiness, the region’s premier business journal. The comprehensive list of the most powerful executives in more than 30 industries across Metro Detroit and Michigan recognizes the most highly selective business leaders in our region and state, and ranks them based on factors including the company size, growth rate, geographical reach, and extensive personal networks in the region. Frank Torre is a Michigan entrepreneur, businessman and philanthropist and currently serves as the Co-CEO of Signal Restoration Services, a large-scale national disaster restoration services company, and is the Vice Chairman of PuroClean, a national disaster restoration services company with locations across the United States and Canada.